Common objects and experiences for everyone! 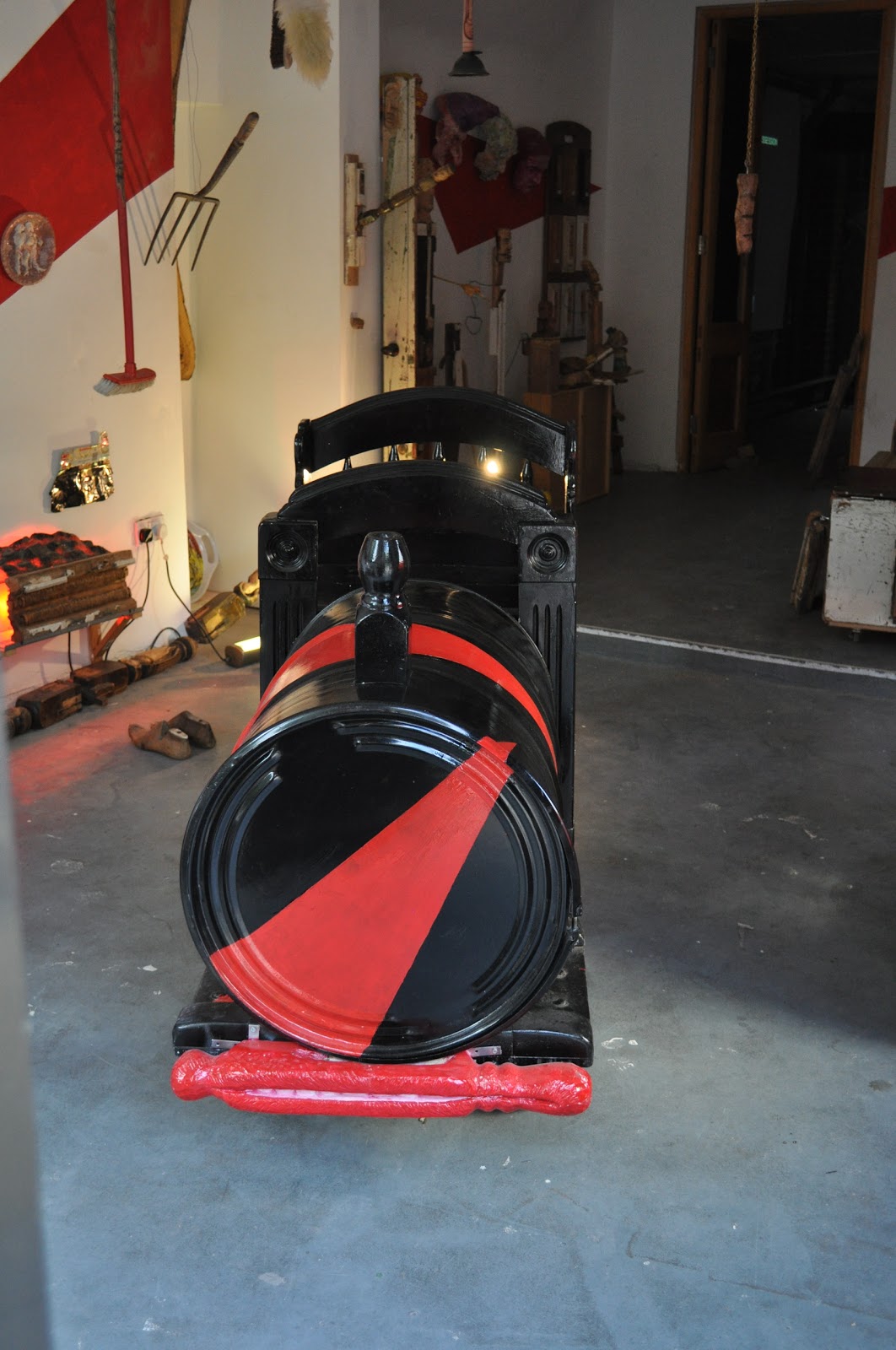 A working ghost train in which people were wheeled into a space containing many carved tools and domestic fragments and a film in which they came alive.
You can view the film here-click on link

THOSE WHOSE SOULS RESIST REPOSSESSION 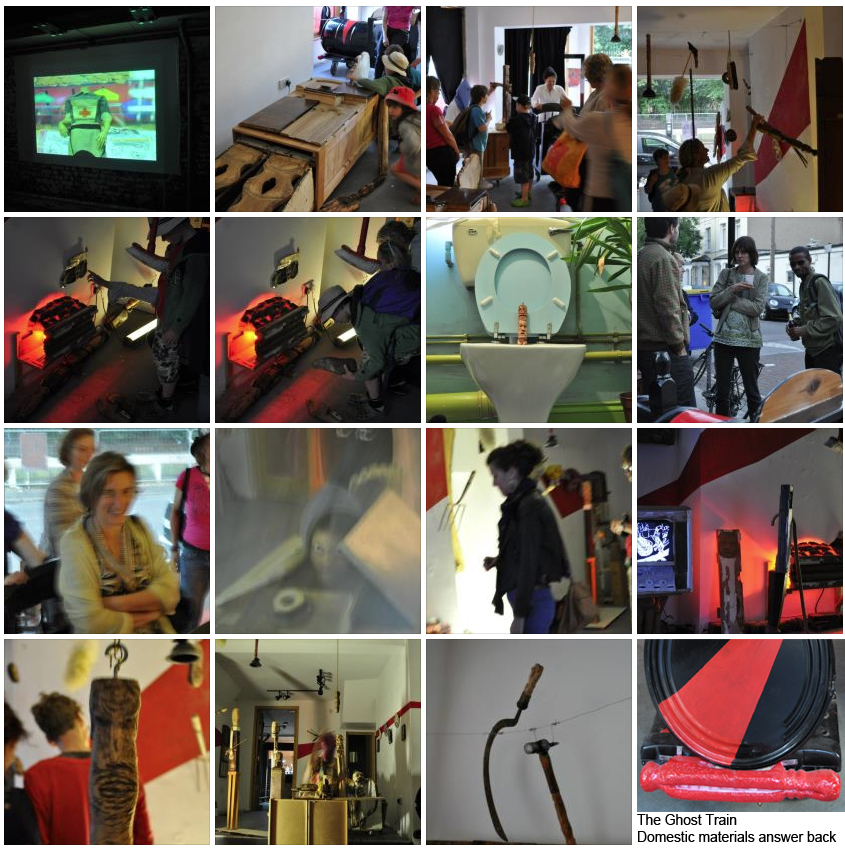 *Ghost Train to Souls Town- -... 'been thinking about it quite a bit since in relation to what we talked about spectacle/art etc - I think it was weird because when I turned up I was still thinking about the Olympics opening ceremony the night before. I've already had an argument about that with someone giving me a remedial explanation of 'spectacle' (I hate a certain type of moralising/left perspective where it is  assumed everyone must be an idiot and can't work out for themselves that the Olympics ceremony is a big propaganda event). But what interested me about Boyle's olympic thing was that by mixing up representations of the NHS, with sentimentailised imagery of industrial revelotion, Harry Potter, depiction of multi-culturaism dancing onions and all the other cliches and caricatures it kind of destabilised meanings. IT wasn't subversive in the way Boyle intended (probably) but seemed to show some other potential - a kind of chaos of meaning revealed as potentially liberating - kind of in the way poetry presents a possible chaos/slipping across meanings and linking of usually separated ideas. anyway there was something of that in your show in the way the carved objects reanimated Marx's chair-leg animation of commodity-objects, stealing their social-life from humans-turned-into-objects but then the comodities are reclaimed by the 'craft' of carving, the mark of the hand reinscribed into industrially-lathed wood as a kind of grotesque parody  ... its something about grotesque parody as a kind of liberation/liberatory destabilising humour - as a negation of a negation which leaves everything up for grabs - something like that.' John Russell 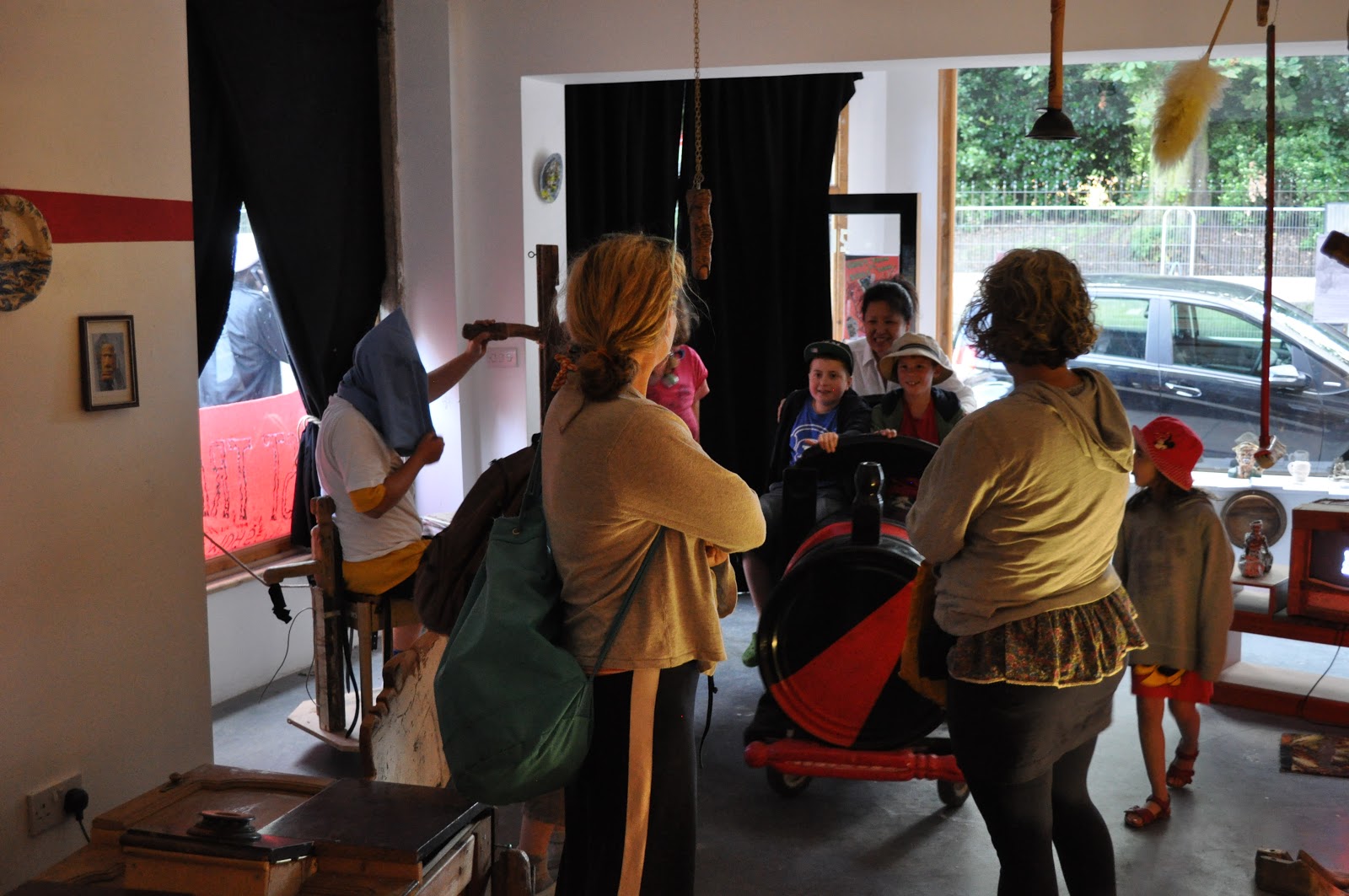 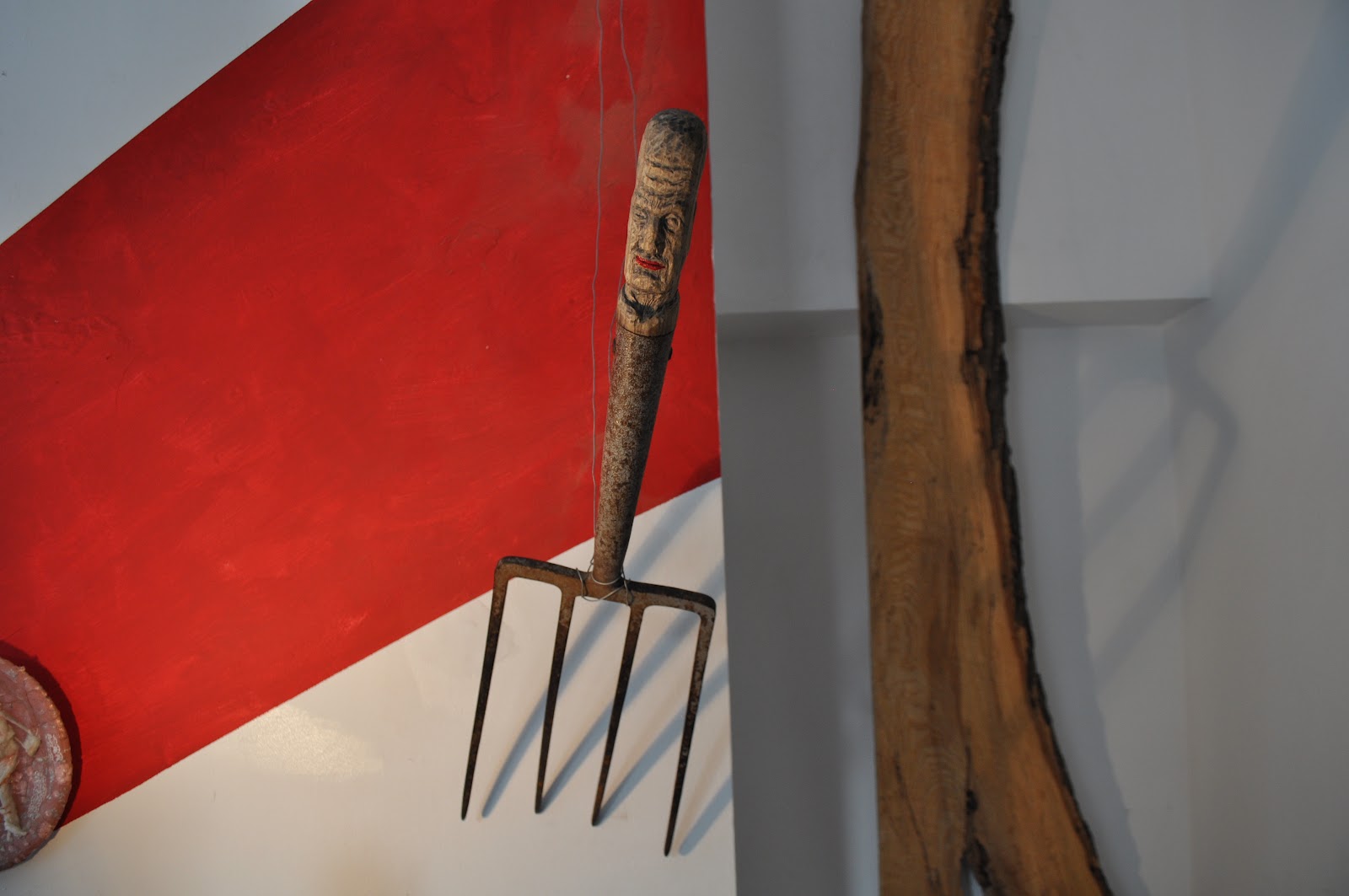 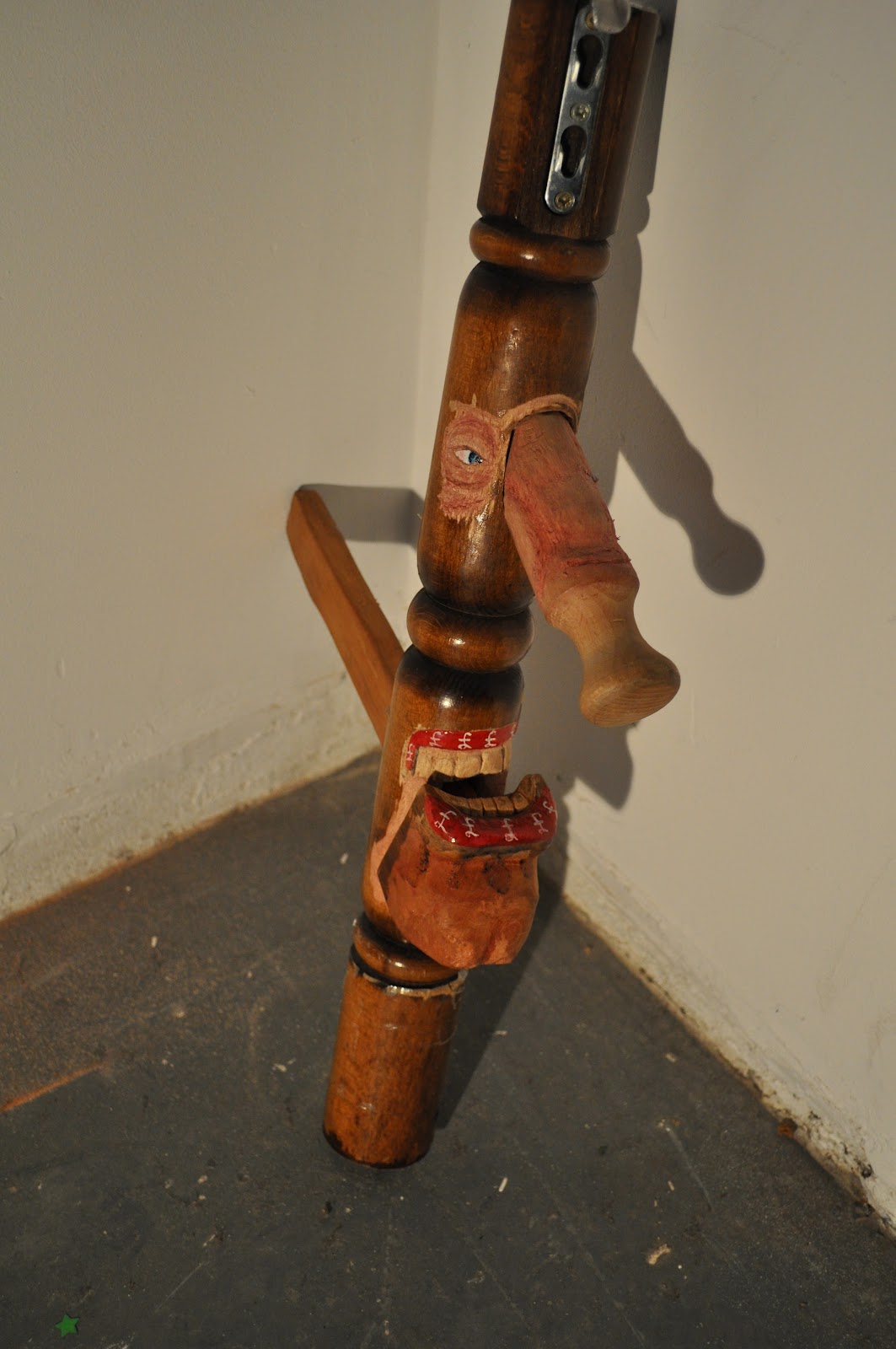 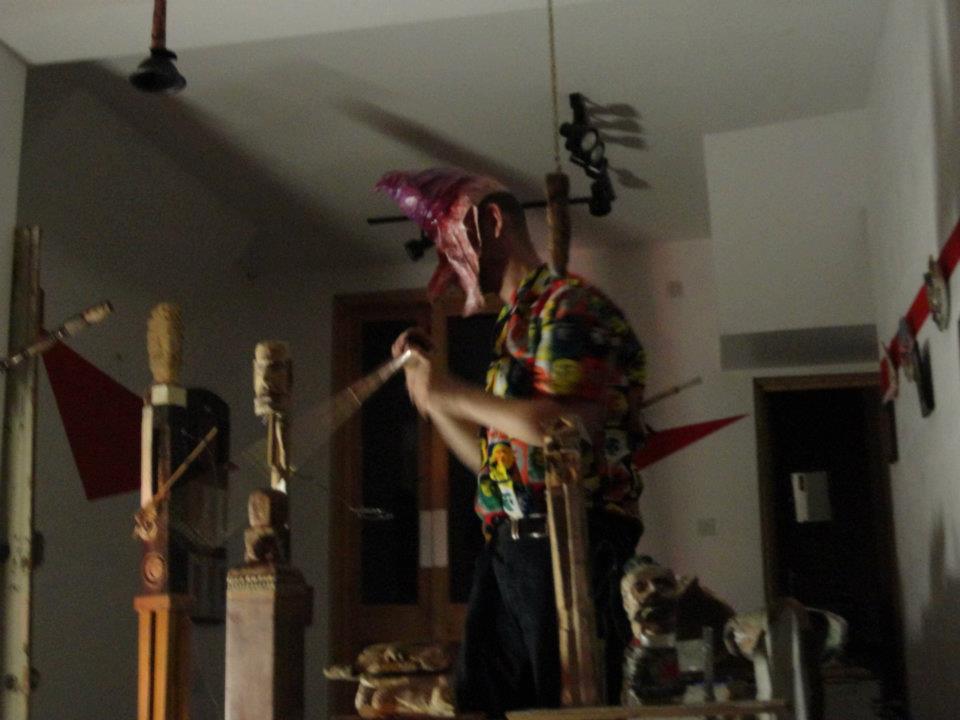 In this photo Mr Fiend is waking up the dead to get some more work out of them. 'Thump' used to work in a custard cream factory "in my mind I made everyone heart shaped" she says but there was no place for that when they closed the factory and moved it to graze on cheaper labour in 1979. Stella was a receptionist she said, 'they used to like me 'cause i could talk posh' . Ron Barret thinks the others are lazy and poor Traumatised Stewart is still poetic trying to find corners of time to write poetry in a life time of full time work with compulsory-voluntary overtime (C.V). " Look how much I look after you stewart giving you this extra work" Says the Fiend. 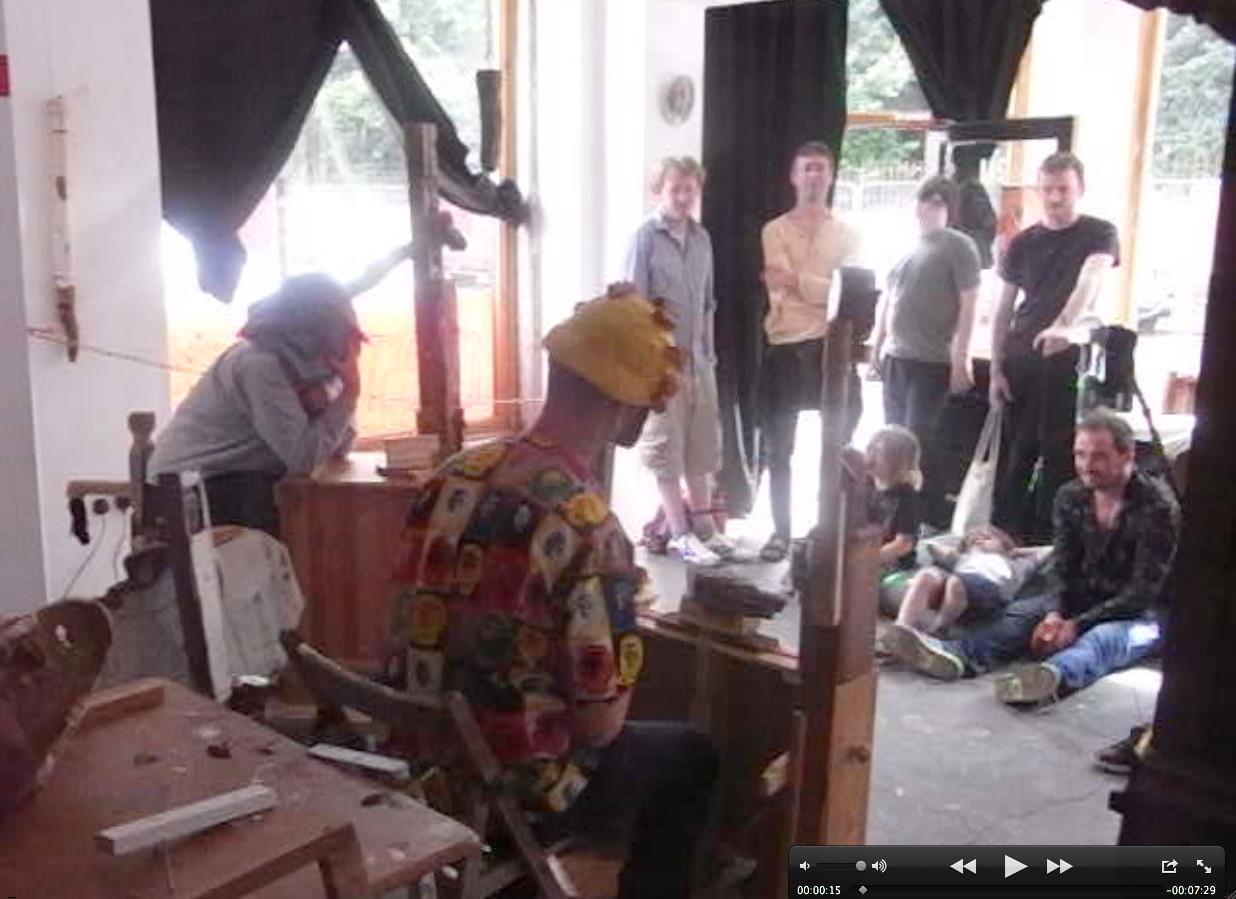 Video still from film of the last Saturday matinee performance -the dead are being woken up so more surplus value can be extracted. 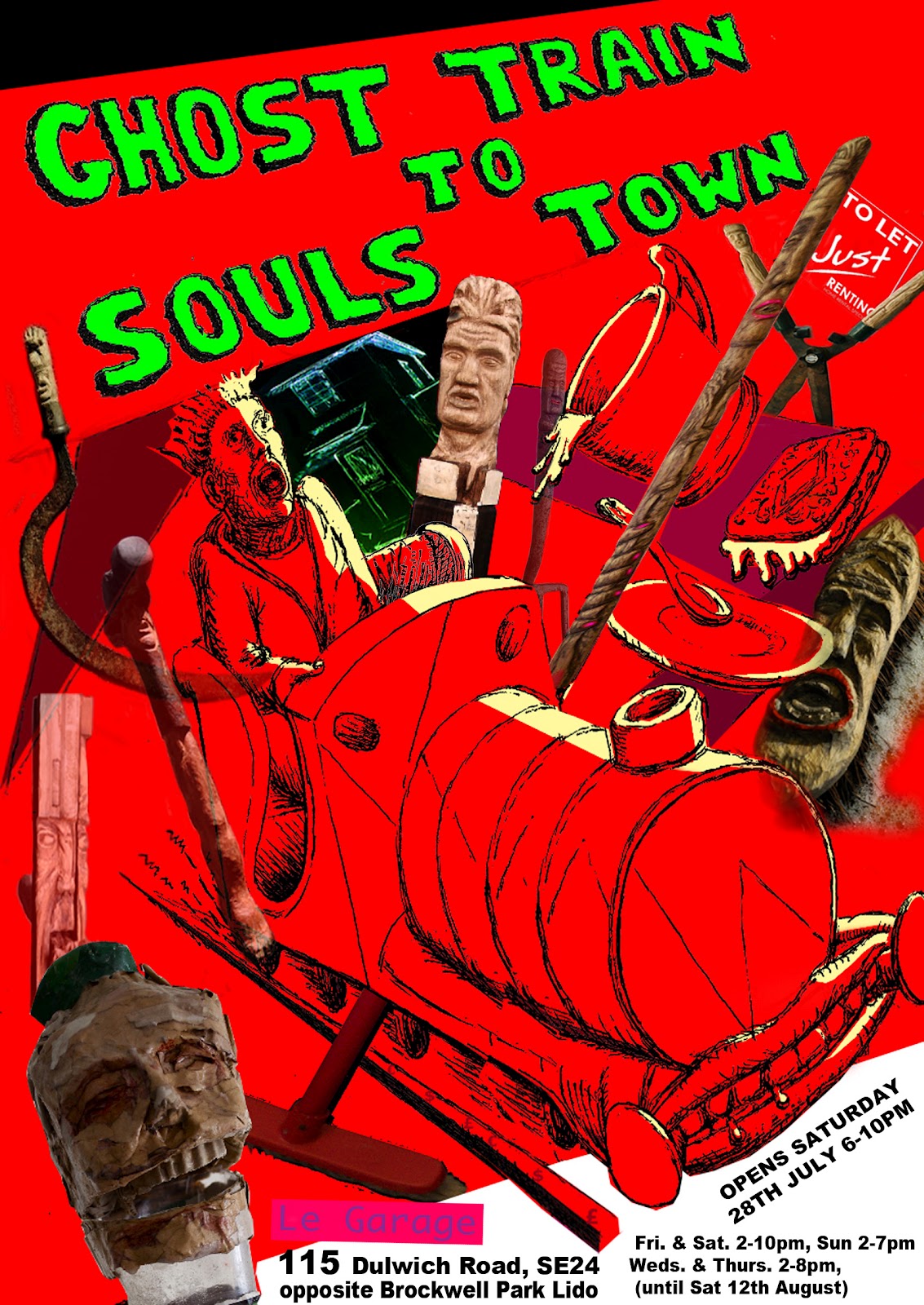 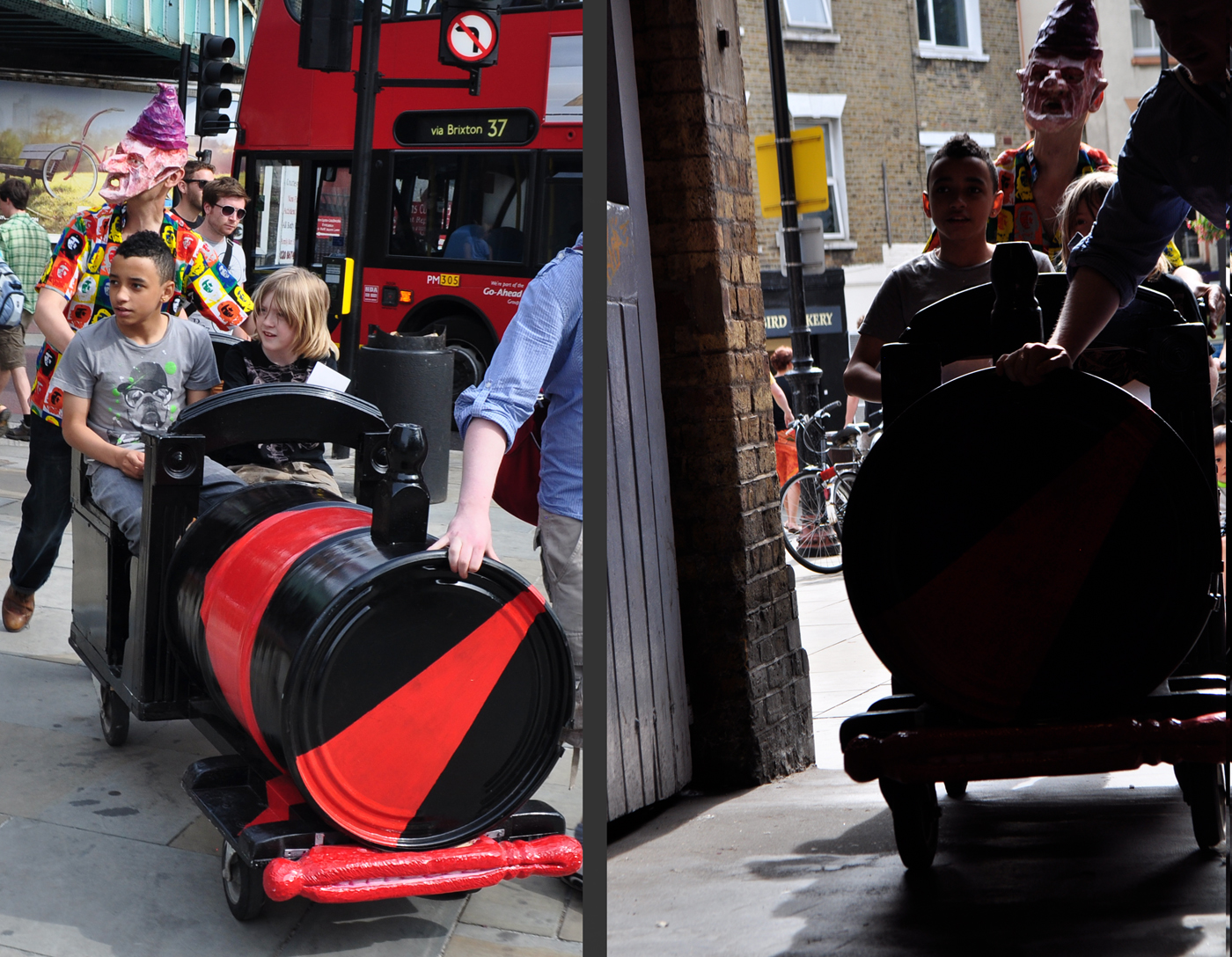 All were taken into the dark market traumatised interior regardless. 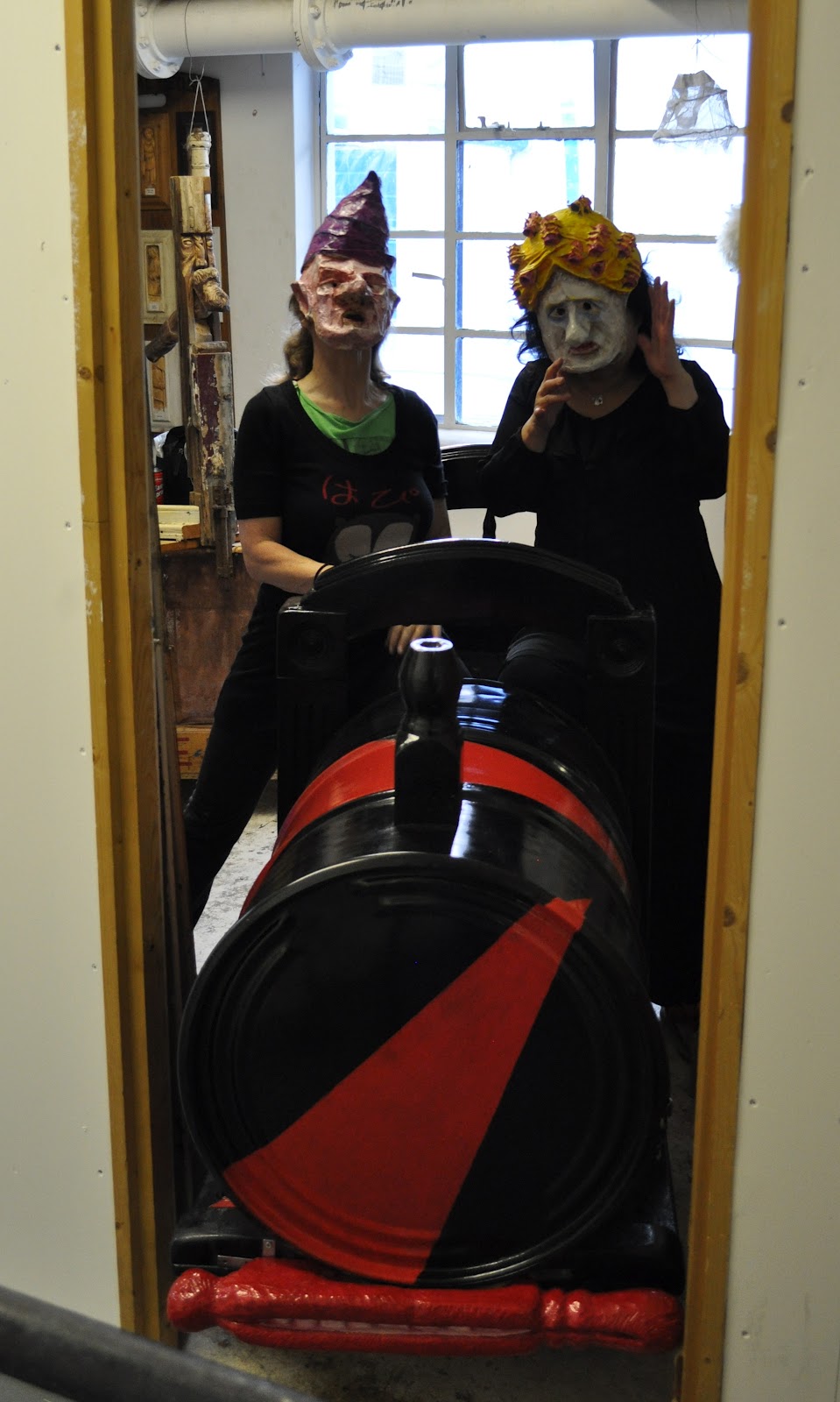 Experience altered states in an incubation chamber of horribly alive furniture and see the debut film made by the Manic-ins,
‘Those Whose Souls Refuse Repossession” 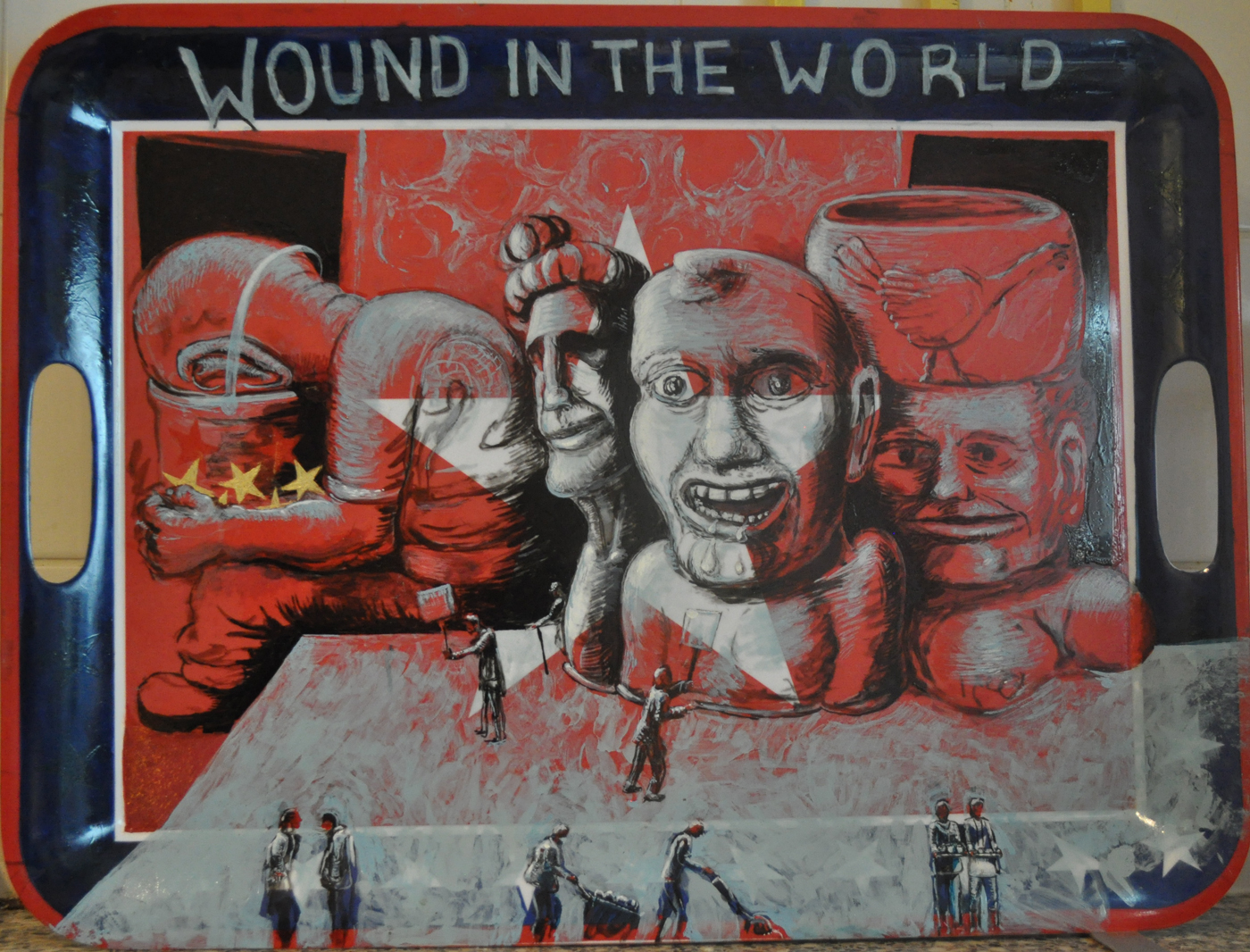 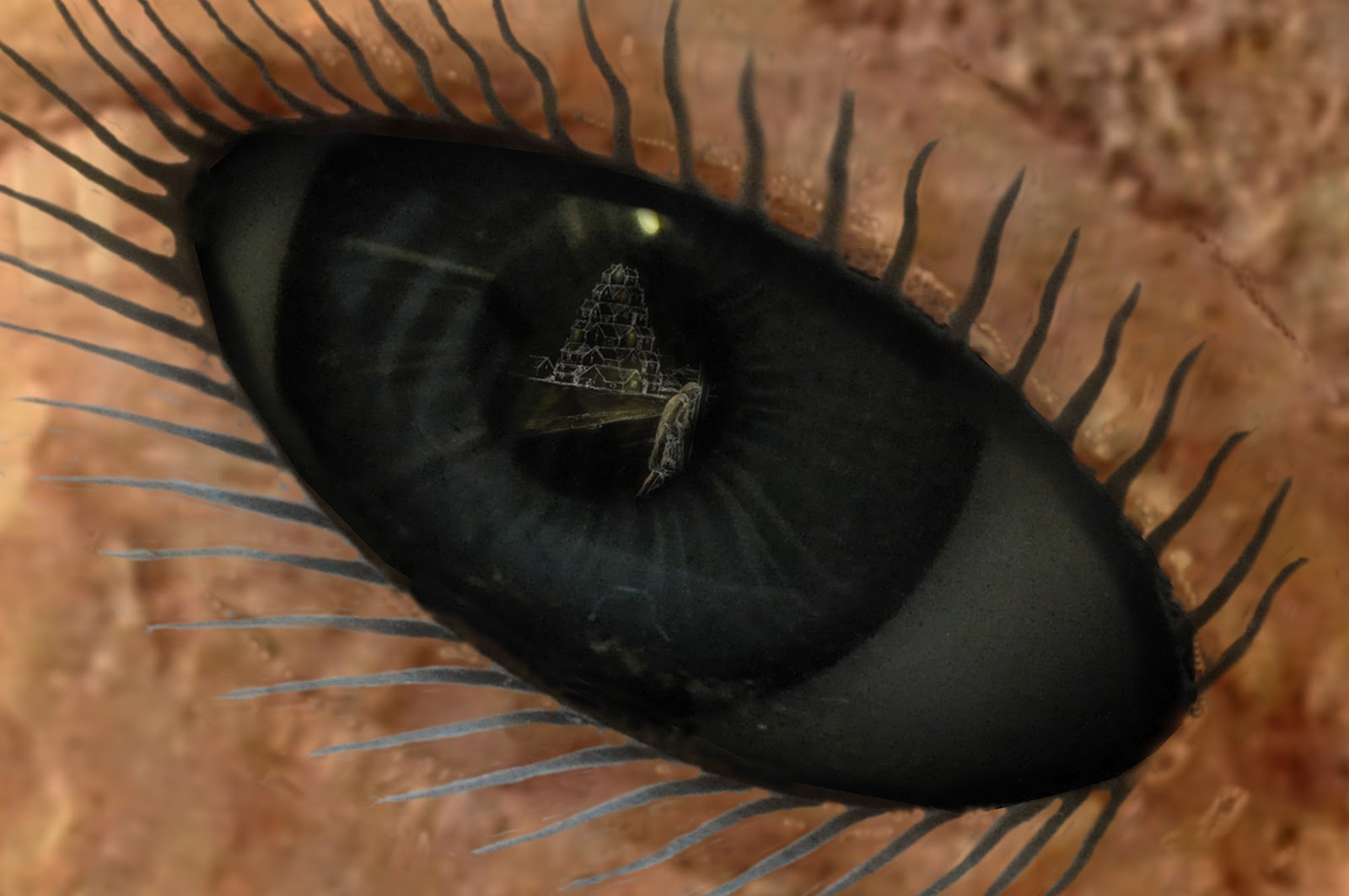 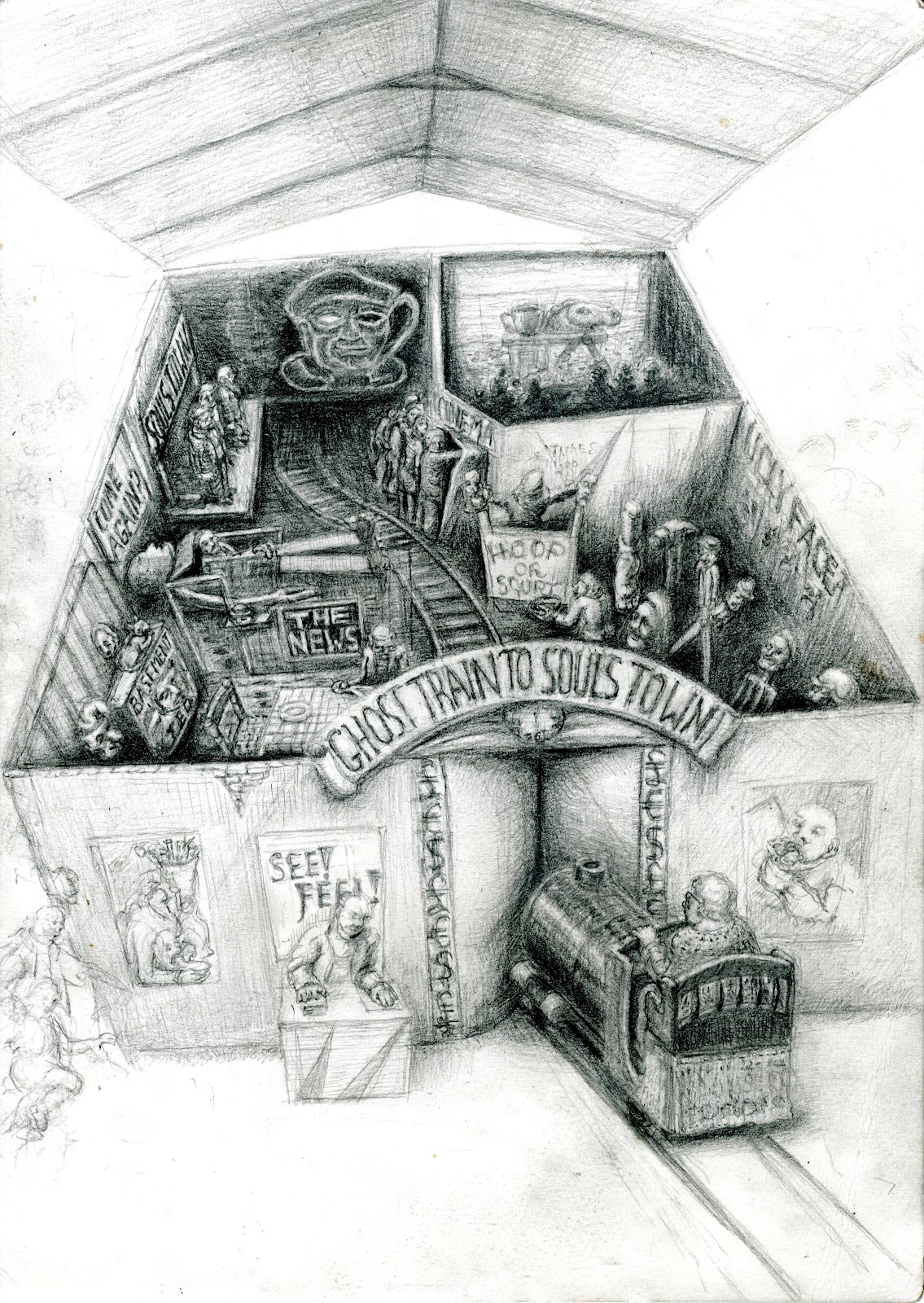 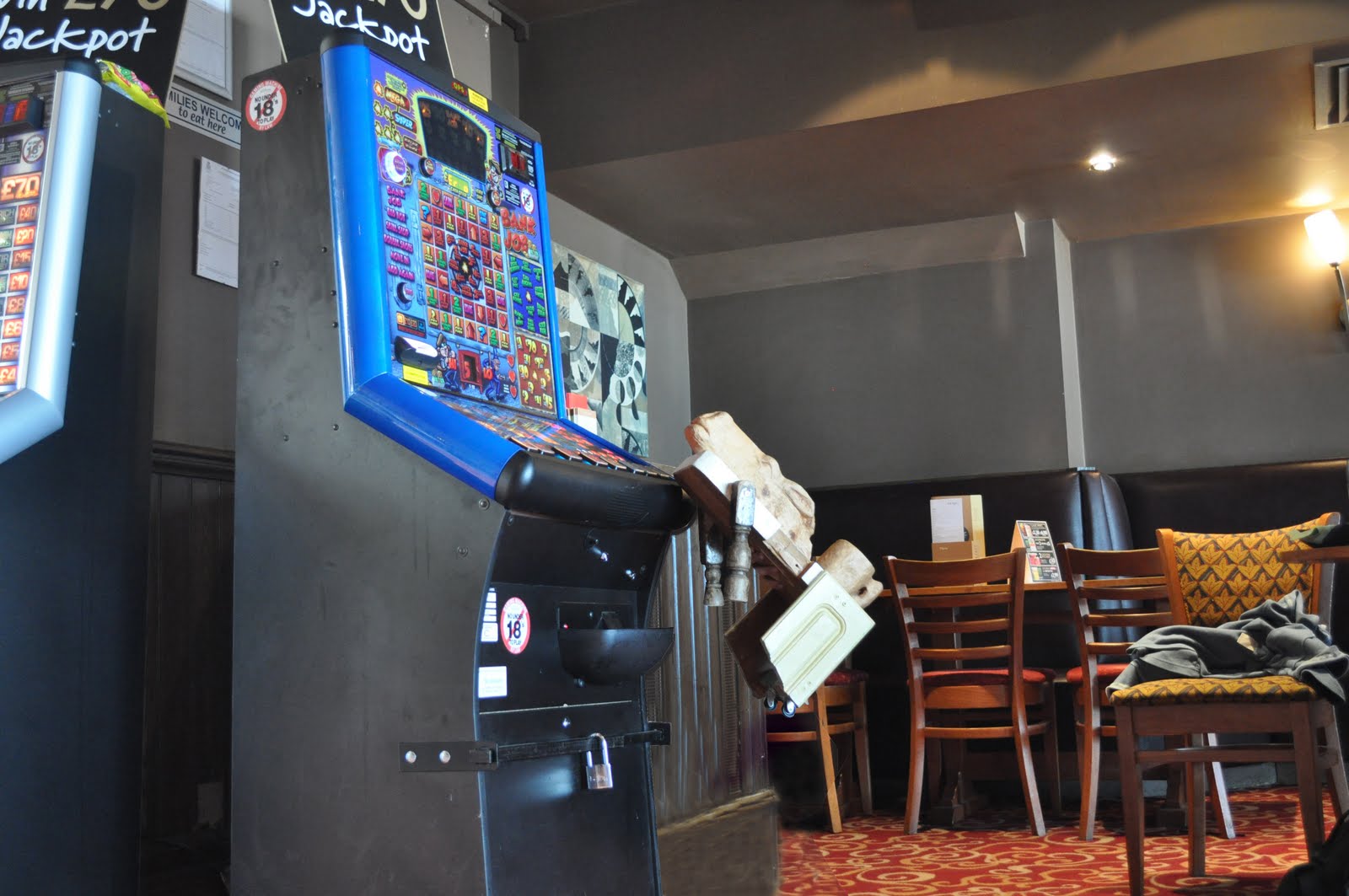 Andrew Cooper uses craft techniques such as wood carving on objects he finds in skips and charity shops that retain a sense of the uncanny and a history of former use. Bashed peeling paint and exposed wood reveal a common cabal of characters he finds waiting beneath the surface wanting to speak. These sculptures are put into environments he creates, animated in films or used as ‘Manic-ins’ during performances. 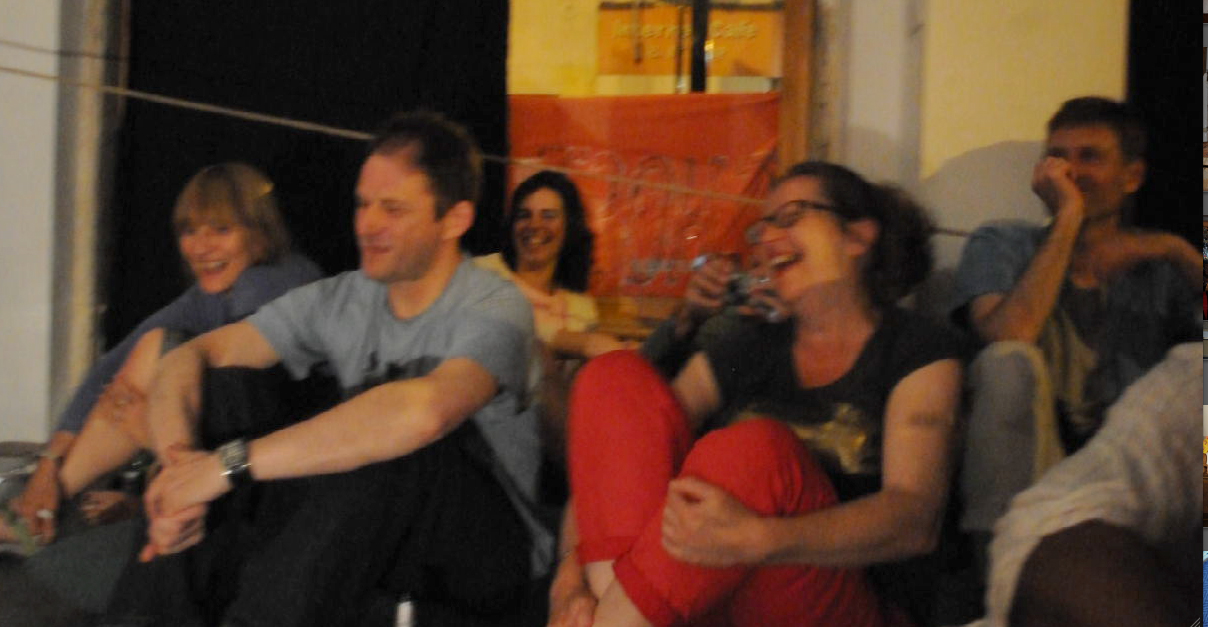 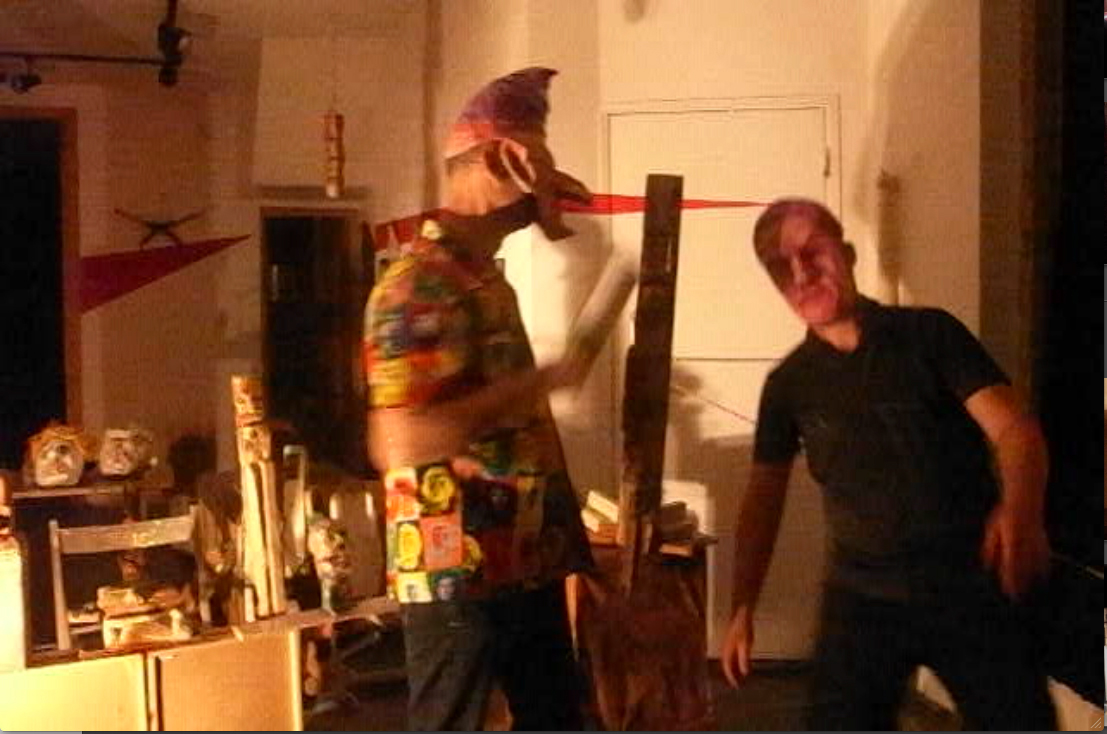 'The Fiend' Murdering with a bottle of Abstinence. "Abstinence, it's good for you and it's good for us" Thanks to George who came into the space and took part in several performances. 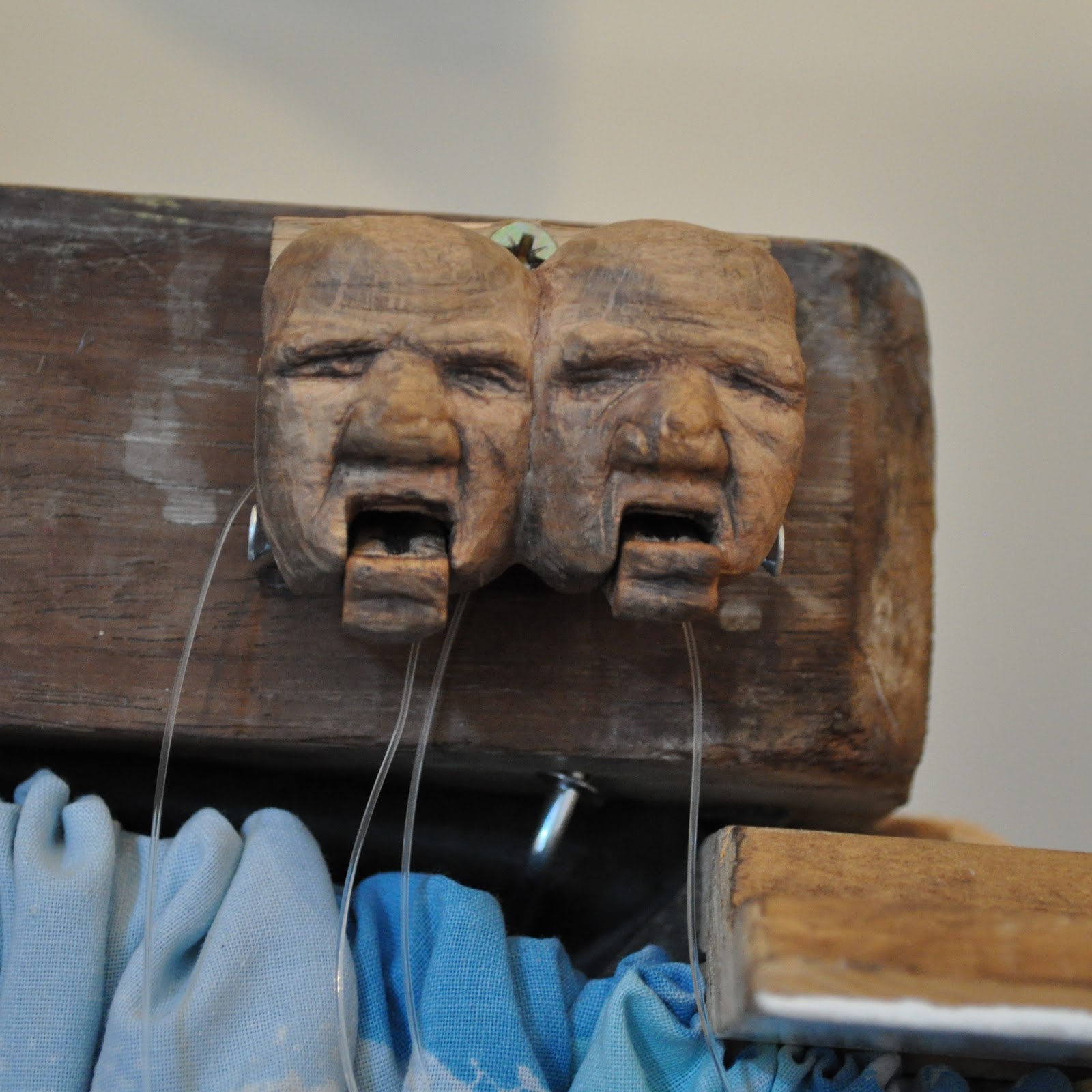 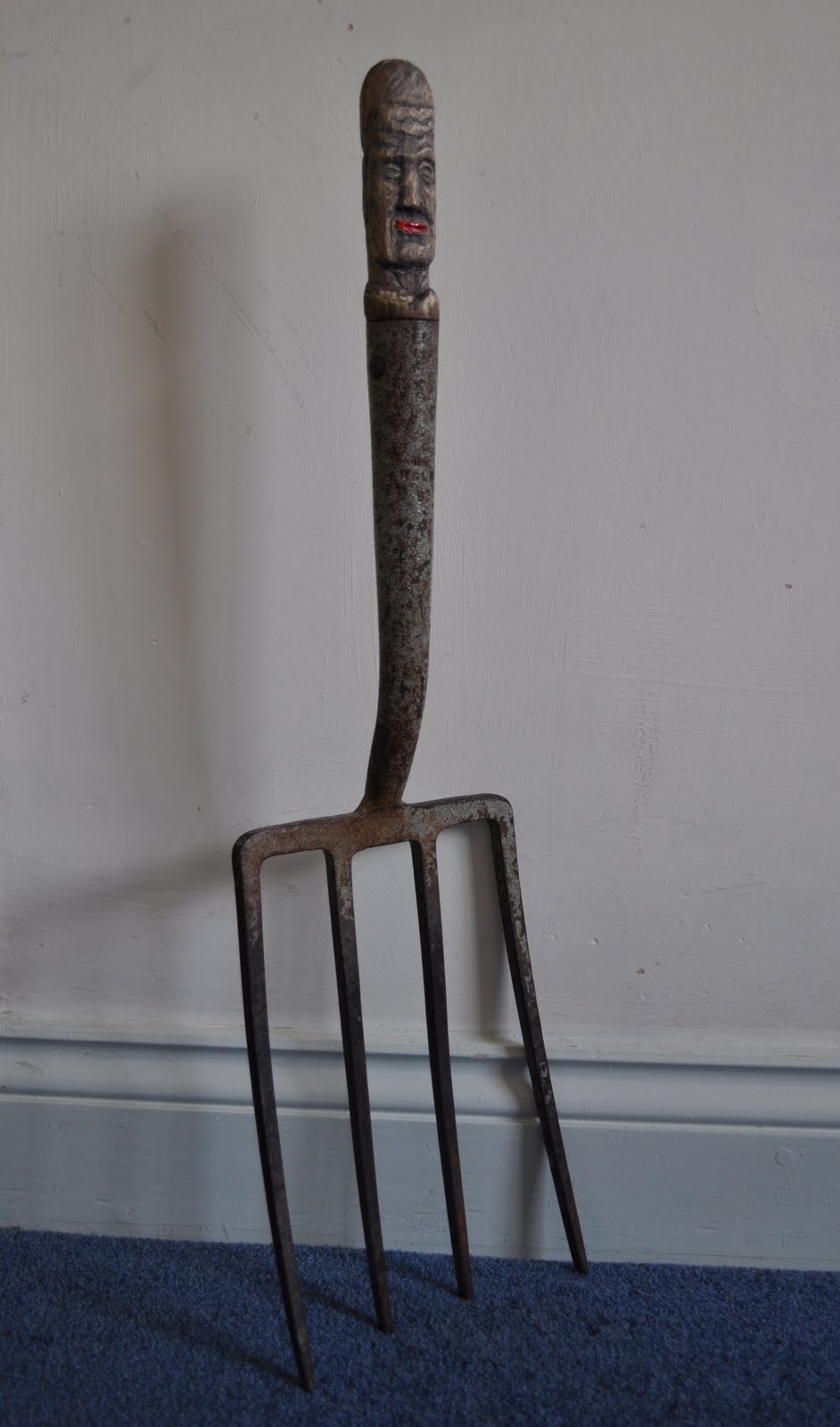 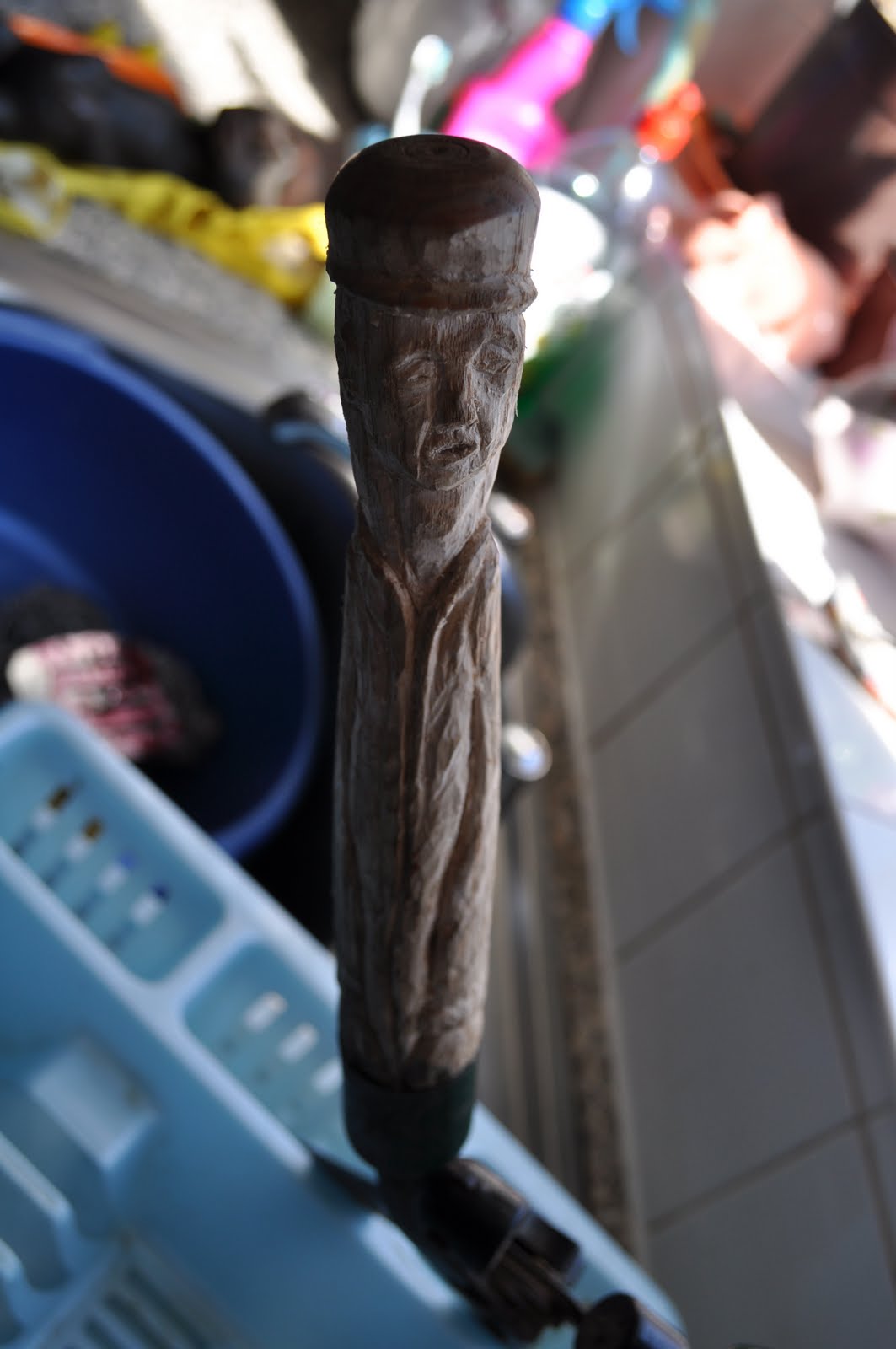 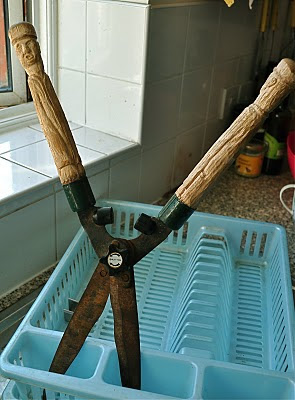 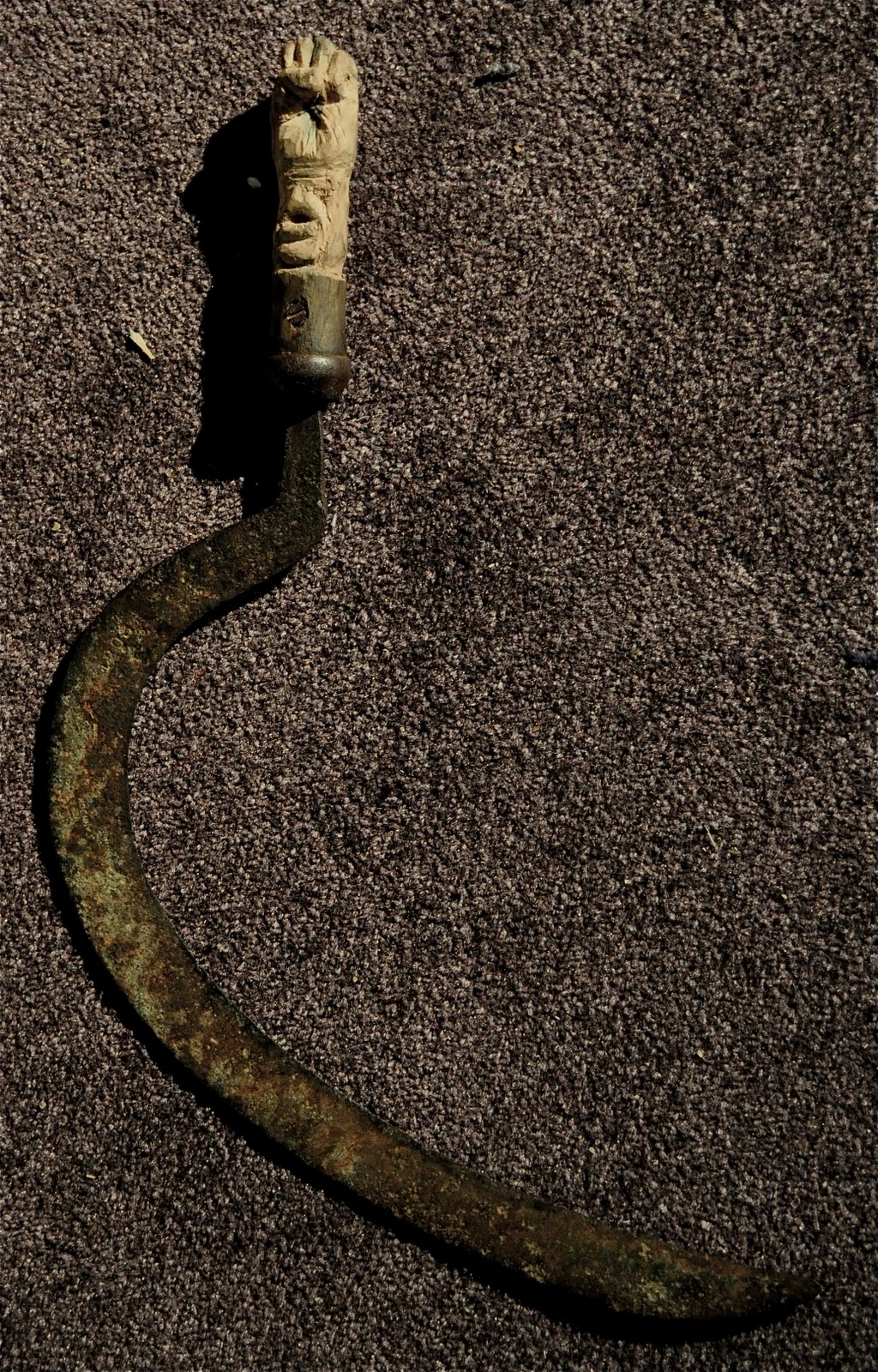