The Cabinet of Evocation

After a hard afternoons work at the Sun and Doves pub the Cabinet of Evocation with Toby Mercurious takes a well earned rest. This formed part of the Marquis of Camberwell event curated by Rachael House and Jo David of Space Station Sixty-Five (See past exhibitions). 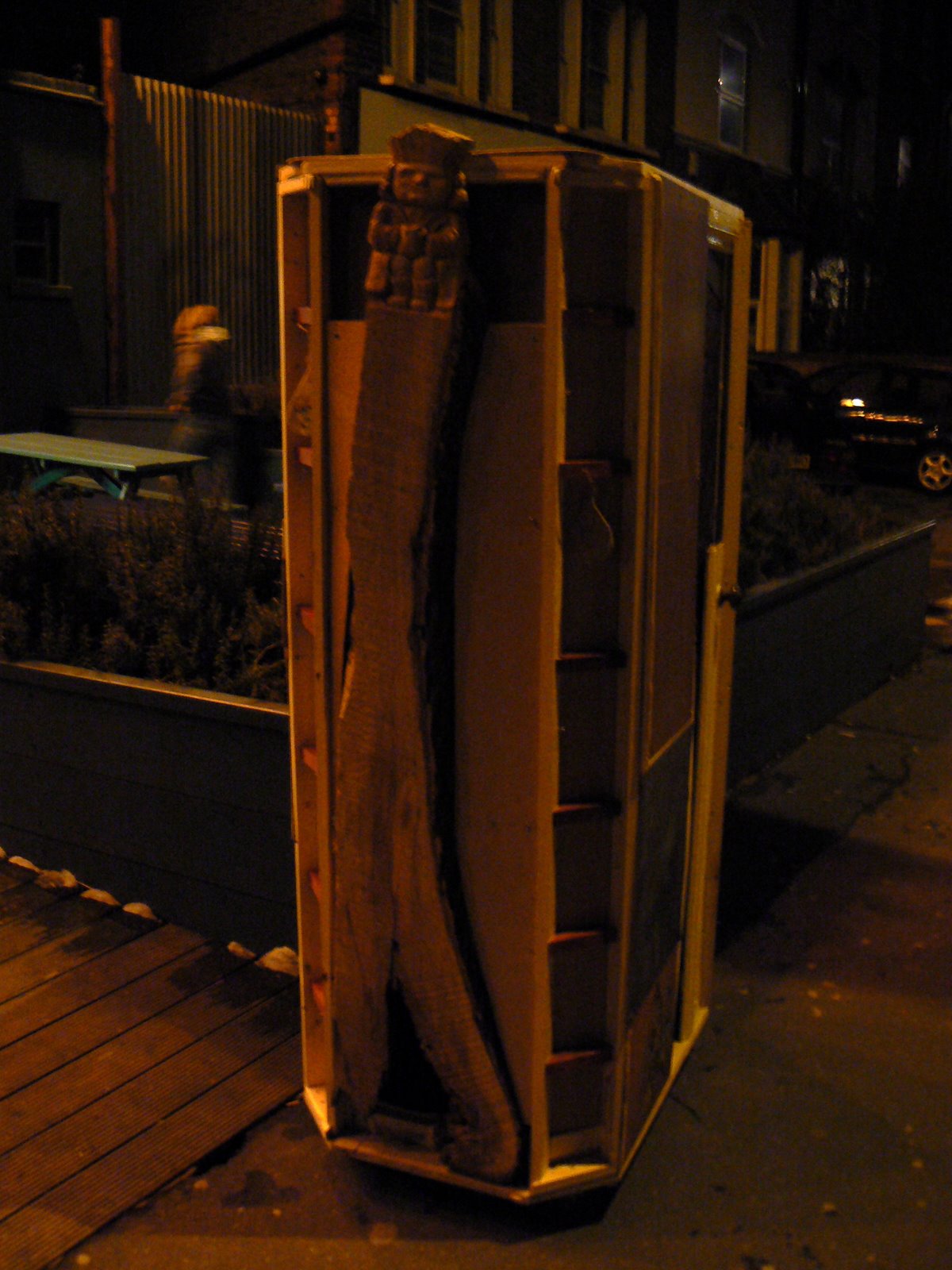 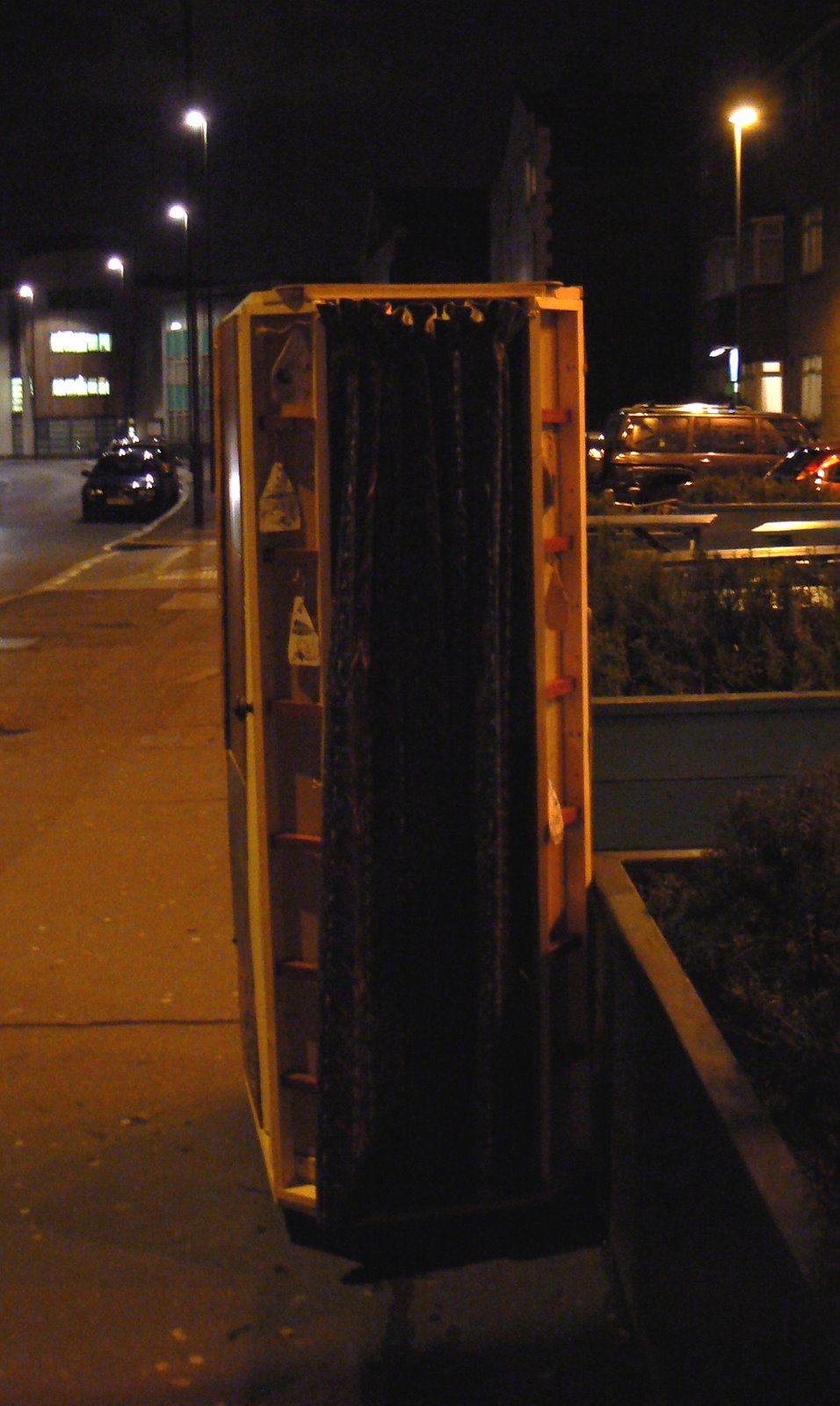 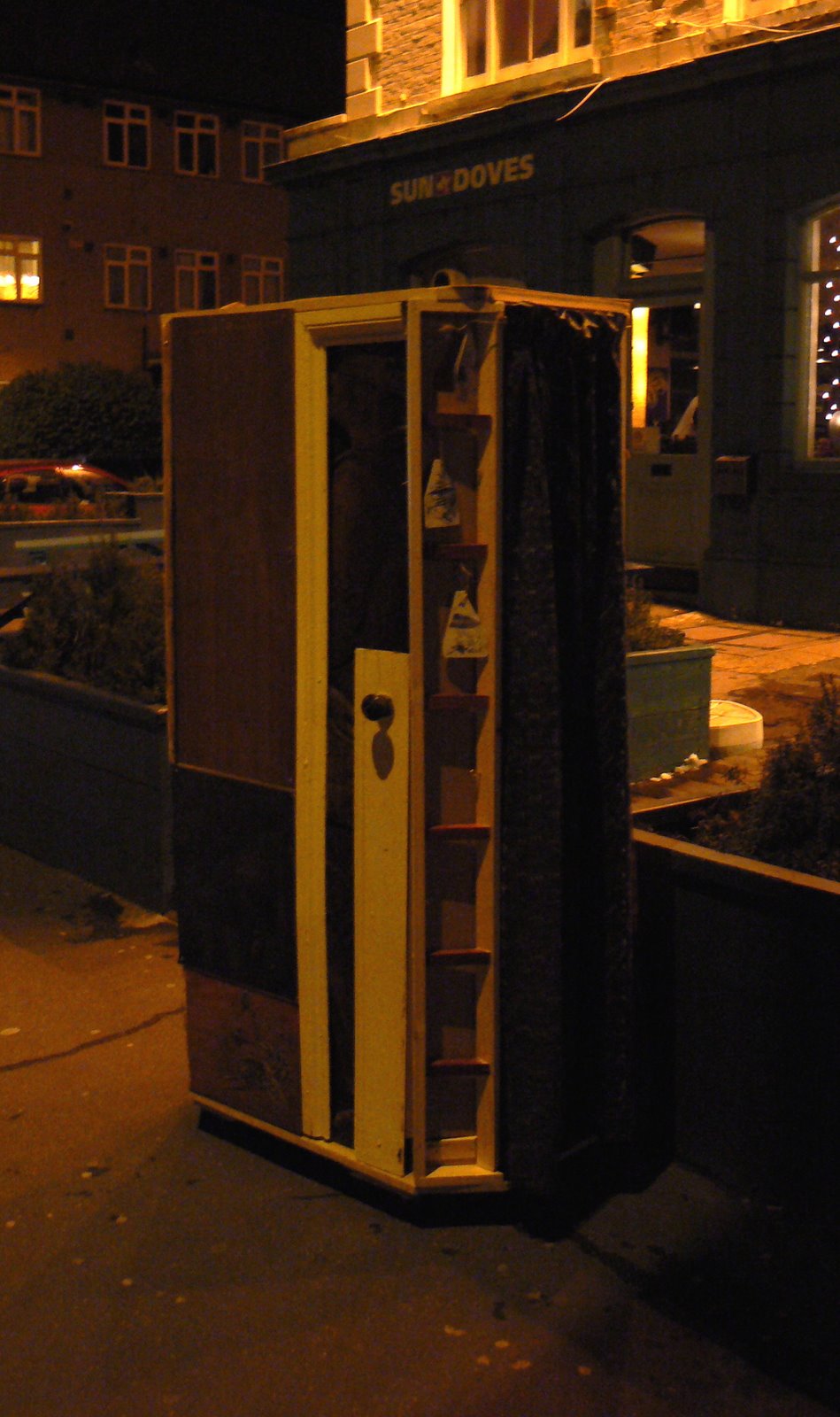 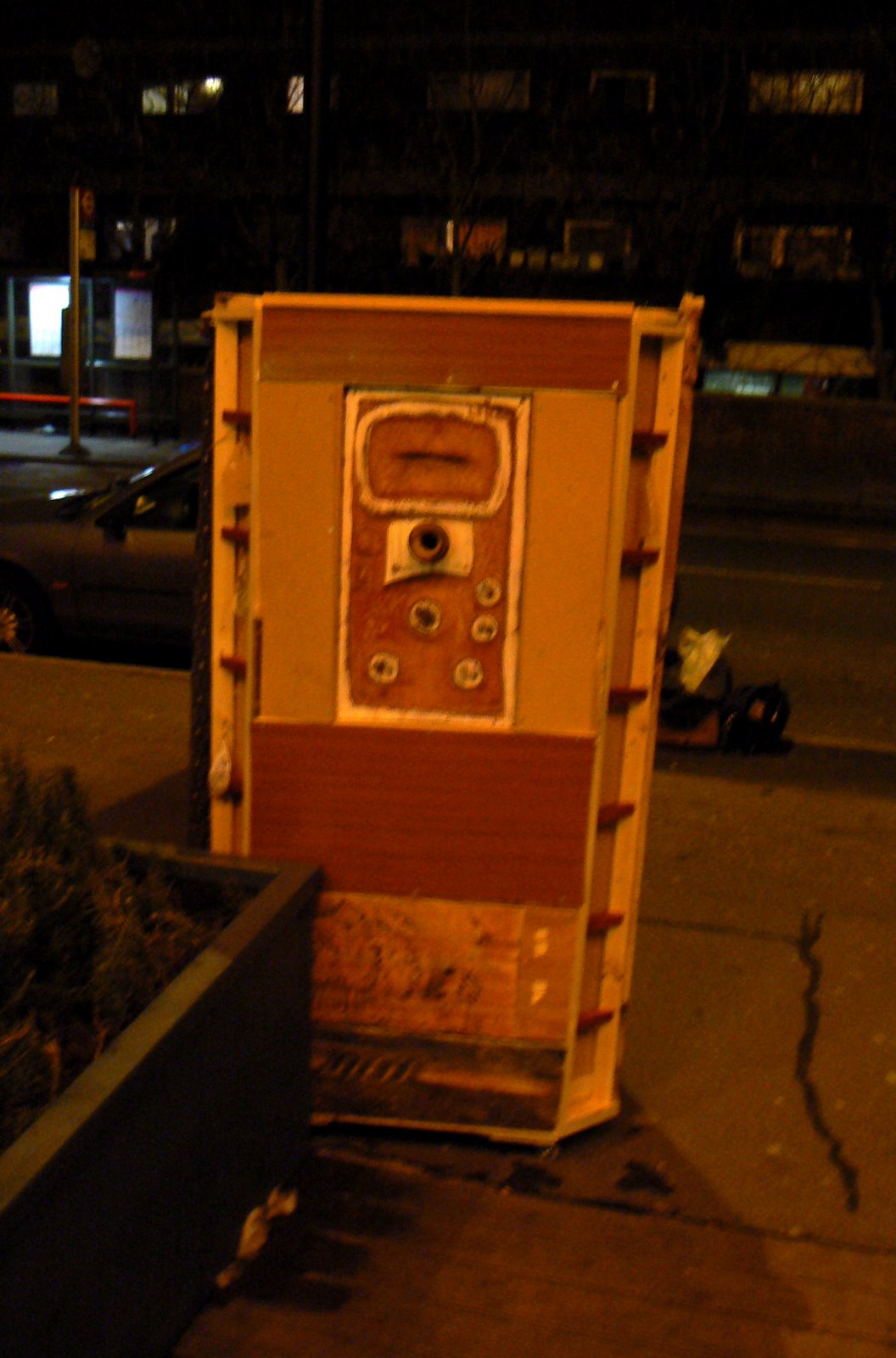 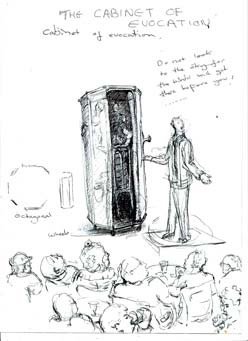 The cabinet was wheeled into the pub for people to be inducted into for magical evocation during the sunday afternoon of april the 6th 2008 between 5 and 8pm. Performance 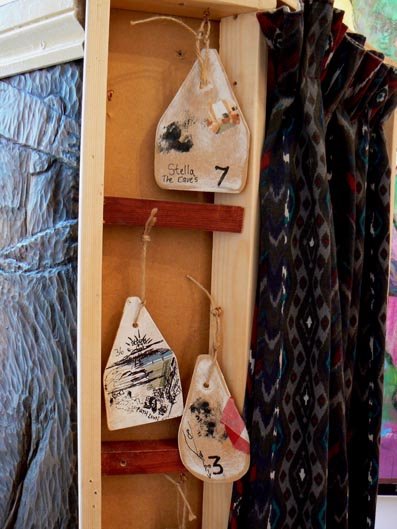 The inscribed momentos that people brought back were tied by them to the cabinet.
.
Posted by Andrew Cooper at 16:49